Dev Raturi has not stepped out of his apartment for eight days. He could not do so even if he wished to — a white tape has been stuck outside his door to seal him inside, along with his wife and two young children. As of Saturday evening, he hasn’t been told when he can leave.

Mr. Raturi is one of millions of residents who have been confined to their homes in Xian, the provincial capital of northwestern Shaanxi and the city famed for the terracotta warriors.

Xian’s residents were initially confined to their apartment blocks in a lockdown starting December 23, allowed only to pick up deliveries and groceries without leaving their compounds. But with COVID-19 cases crossing 2,000 in a month — the highest of anywhere in China since the start of the pandemic in Wuhan — many of the city’s 13 million residents have been made to stay at home.

On Saturday, Xian reported only four cases, suggesting the lockdown is working. However, the stringent measures, the first for any city in China since the initial Wuhan lockdown for 76 days in early 2020, have invoked comparisons of the darkest chapter in the early days of Wuhan.

When a Xian hospital recently turned away a pregnant woman who then suffered a miscarriage, a national outcry prompted an unusual apology from China’s Vice-Premier Sun Chunlan who said she was “ashamed”. Hospital officials were sacked.

Other residents, in the first days of the lockdown, complained of food shortages.

“Of course, it has been difficult,” Mr. Raturi tells The Hindu in a video interview, showing his apartment’s sealed door. “But I know it also hasn’t been easy for the volunteers here who bring us vegetables, rice, food, oil, every day, who are doing what they can.” 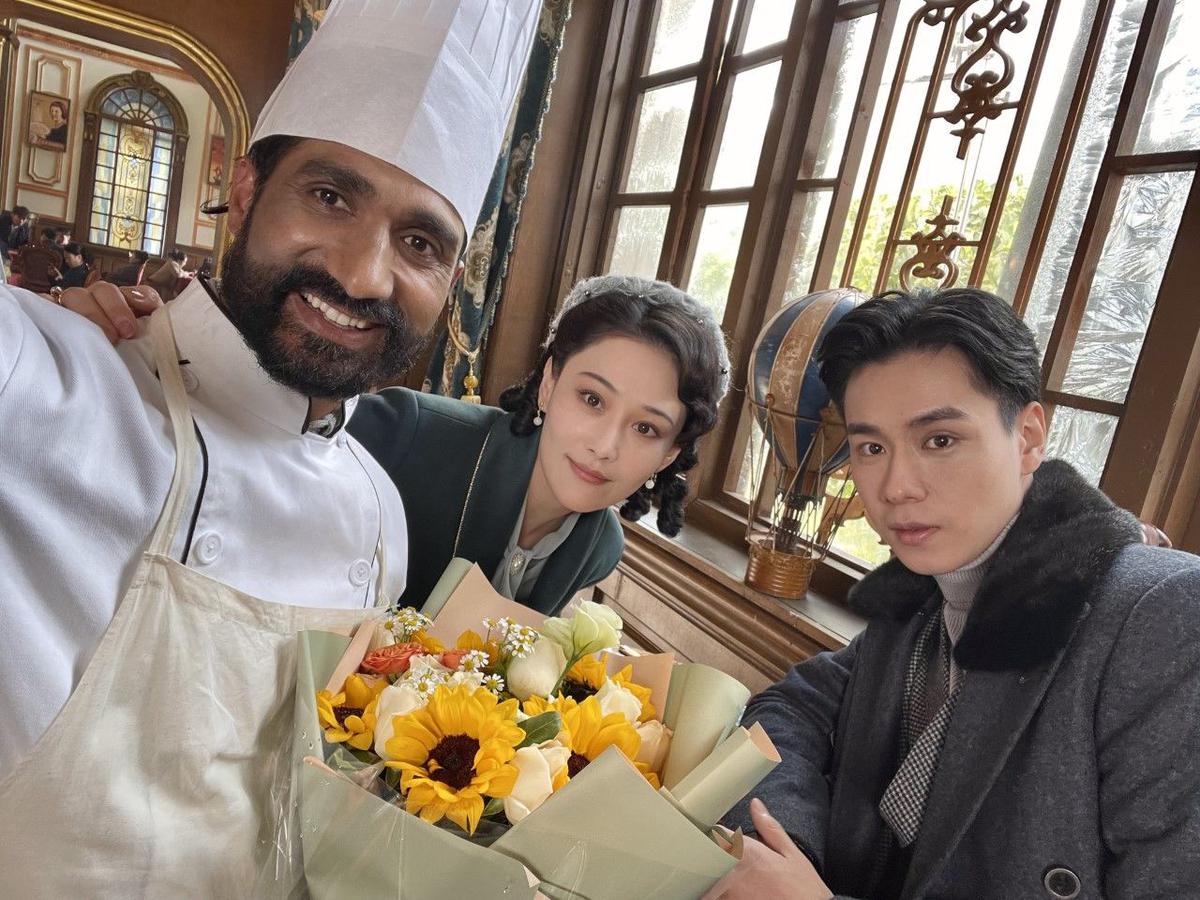 Mr. Raturi’s family is in one of Xian’s worst-hit districts. Born in Uttarakhand, he moved to China 17 years ago and started working as a waiter. Inspired by martial artist Bruce Lee, Mr. Raturi trained in New Delhi but was unable to break into the film industry in Mumbai. When he was given the chance to go to China to work in a restaurant, he thought it was destiny. “That’s how Bruce Lee started — in a restaurant,” he said. So he packed his bags.

Today, he owns five restaurants in Xian and also works in film, and has gained fame for his roles in a number of Chinese television dramas and movies, having acted in more than 20. Most were bit-part roles, but the success in 2020 of the serial “My Roommate is a Detective” brought him wider recognition.

Over the past month, his video interviews from his home have been watched by millions of viewers in China, partly because he’s not only a foreigner but one known to many, and partly because of his upbeat spirit as he provided an on-the-ground picture of the current COVID-19 ground zero.

In the first few days after the December 23 lockdown, Mr. Raturi said, there were reports of some apartment blocks struggling to get access to food.

“They were not prepared for such a situation,” he said, but added that once users began complaining on social media, authorities sprung into action. “They made mistakes, but they learnt from them,” he said, pointing out that the day after social media posts complained of shortages, every family in his block was delivered a box of free vegetables, rice and oil.

But for many in China, the reports of hardships in Xian and the stringency of the measures triggered a debate on the country’s “zero-COVID” strategy, that calls for mass testing and lockdowns until cases are brought to zero.

“The dysfunction in Xian,” columnist Wang Xiangwei wrote in the South China Morning Post on Saturday, “exposed the dark side of China’s top-down governing approach. The Communist Party’s leadership now demands absolute loyalty from its over 90 million party members, and they are required to carry out instructions to the letter. This has led to lethargy at all levels of the Chinese bureaucracy, in which lower-ranking officials will only do what their superiors ask for, leaving very little room for different opinions and flexibility.”

Responding to that criticism is also why the official media has given Mr. Raturi’s videos such currency, part of a recent trend of using foreigners to rebut criticism. Chinese state media recently promoted videos of foreigners travelling in Xinjiang to respond to criticism over its internment camps there. Most were Western expats in China, but among the videos shared by Chinese social media was one by a Mandarin-speaking Indian YouTuber in New Delhi who was praised for going to an outlet of retailer H&M in the Indian capital and criticising it for not using Xinjiang cotton.

Mr. Raturi said he was aware of this trend but said his aim was “simple” — “to speak straightforward whatever I see, good or bad”. In interviews with Chinese media, he called for a more balanced approach and said lockdowns could not be permanent.

With Xian in the news, Mr. Raturi said he received worried phone calls from relatives in India, as he did two years ago when Wuhan locked down.

“I never regretted not leaving in 2020 when every one told me to leave China,” he said, noting that for the past 18 months, his children were able to go to school and they had largely lived in normalcy.

More than that, he added, “my work here is not finished”.

“I want fill the cultural gap because there are misunderstandings on both sides,” he said, referring to friends in India who were sending him “crazy articles” saying millions were starving to death in Xian and those in China who would send him only bad news about India.

His next mission is to open this year China’s first Indian-themed boutique hotel in Xian. He is also opening a yoga space and plans to reopen his restaurants in half a dozen cities outside Xian that had been temporarily shuttered because his employees all left for India when the pandemic hit and have been unable to return because of China’s continuing travel bans.

“Permanent lockdowns are not the solution,” Mr. Raturi said. “My hope is they find a better balance.”

Until then, his apartment doors, not to mention China’s doors to the world, will remain firmly shut.