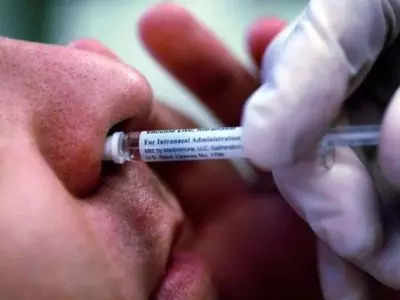 After receiving positive recommendations from the expert committee on Covaxin use for children, Bharat Biotech is now looking to submit the trial results of its Covid-19 intranasal vaccine by end of this year, people in the know told ET.

“The trials are ongoing, and we expect to submit data by the end of this year,” a company insider said. The trials, including over 600 participants, are being conducted by dividing the volunteers into three groups.

The drug regulatory authority had in August given its approval to Hyderabad-based Bharat Biotech to conduct phase-2/3 trials on its intranasal vaccine.

The adenoviral intranasal vaccine BBV154 is the first of its kind Covid-19 jab which has been undergoing human trials in India. The phase-1 trial in healthy volunteers of age groups ranging from 18 to 60 years was well tolerated, the ministry of science and technology said in a statement earlier.

It also said the vaccine was found to be safe, immunogenic and well-tolerated in the preclinical toxicity studies and was able to elicit high levels of neutralizing antibodies in animal studies.

The development of Bharat Biotech’s intranasal vaccine has been supported by the department of biotechnology (DBT) and Biotechnology Industry Research Assistance Council (BIRAC). The company strategised to fast-track research and development efforts, especially for vaccine development, diagnostics, drug repurposing, therapeutics and testing.

Bharat Biotech’s Covaxin had demonstrated 77.8% efficacy against symptomatic Covid-19 and 93.4% against severe illness during the phase-3 clinical trials.