The champion boxer-turned-MMA fighter talks about her decorated career, adapting to the new normal as a pro-athlete, and more

Earlier this month, Ultimate Fighting Championship superstar Holly Holm was in top form at the UFC Fight Night held at Yas Island in Abu Dhabi, as the professional boxer/ kickboxer-turned-MMA fighter beat Irene Aldana, and set up yet another run for the bantamweight title.

In her storied career, the Hall of Fame champion boxer has seen it all, as a multiple-time world champion in boxing, defending her titles 18 times in three weight classes, and holding the distinction of being the first (and only) fighter to hold a world boxing title as well as a UFC title.

Widely considered among the best female boxers of all time, Holly also gained worldwide fame in 2015 when she won the bantamweight title, giving popular wrestler/ MMA fighter Ronda Rousey her first loss in the sport, in what was hailed as one of the biggest upsets in combat sports history.

Today in the ‘new normal,’ Holly belongs to the select group of pro-athletes in combat sport who have to engage with their peers in close quarters during matches, as compared to the likes of football or cricket where social distancing can be naturally followed.

“We have had a whole different experience than anything else, going across the world, quarantining and all that. I have a great team with me, and my coaches are great, helping me get some workouts in and I’m very prepared,” Holly tells us on a Zoom call from Abu Dhabi, where she was present for UFC Fight Night.

“Back where I live, even when COVID first started, I was able to be outside running, working out and so on. Then the gyms opened up and I had great training partners who helped me stay in shape during the pandemic. So I’m lucky it hasn’t affected me too badly,” says the 38-year old.

She adds, “My family has been really supportive and asked me to keep fighting. We have had like four or five tests, so there’s that ease in our minds that we aren’t being exposed to a bunch of people by travelling.” 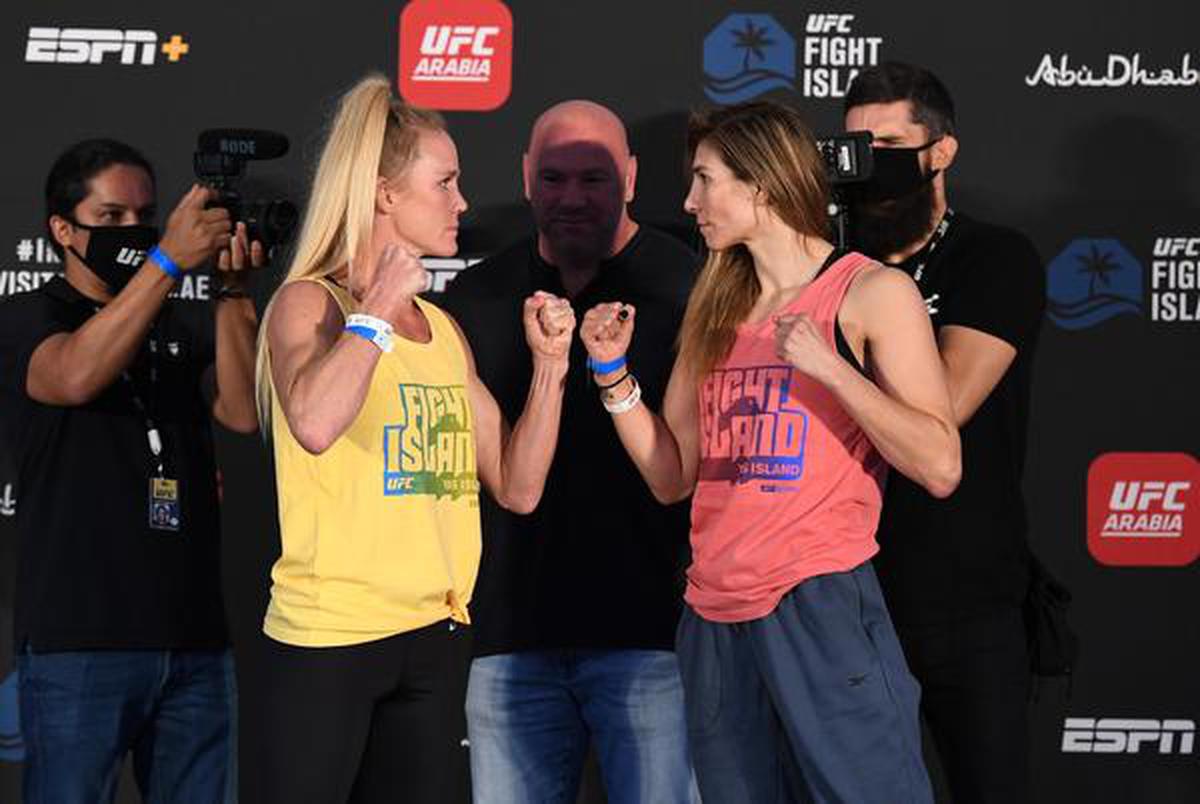 Being one of the most experienced UFC fighters on the circuit, does she come under pressure to perform each time she steps into the ring? How are events different now without any fans cheering or jeering?

“Yeah, I definitely feel the pressure — but in a good way. I feel like if things weren’t expected of me, it means I haven’t accomplished anything before. I want to show people why I’m still here and fighting. The atmosphere now… it’s different, but I’m okay with it. Fans are watching all over the world and I keep that in my mind; we are still fighting in front of millions. Once you’re in there with your opponent, you want to win, that’s what I want to focus on,” Holly says.

Having adapted to the UFC’s techniques after a decorated boxing career, Holly explains that she had to evolve her style to fit in, after she made the switch: “Boxing is very different from MMA. You’re not worrying about the kicking range, the clench, the wrestling and grappling. Some habits from boxing had to stop which don’t work in MMA, and I had to evolve as a mixed martial artist.” 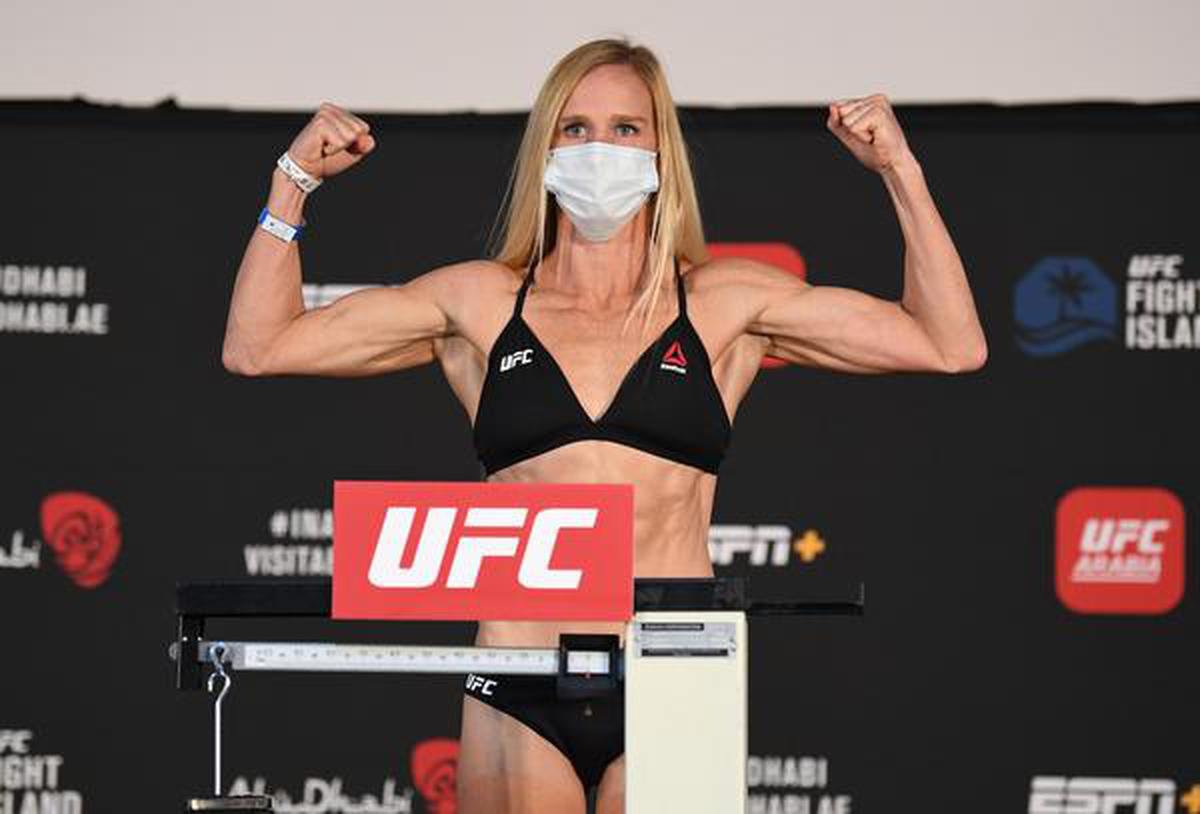 Does she have advice for aspiring female boxers in countries like India? “Keep following your dreams and be patient. A lot of times, people get into the sport, but forget it takes time to progress from the amateur to professional stage. You aren’t getting a title fight in your first bout. Take it one step at a time and don’t get complacent. Challenge and believe in yourself. It takes time to learn.”

Holly concludes with a word on some of the most treasured memories in her career: “Anytime I’ve been a huge underdog. Everyone remembers the Ronda fight, but there have been plenty of times where I came in and believed in myself, no matter what anybody said and the whole world is against you. Those are the victories that stick with you the most.”