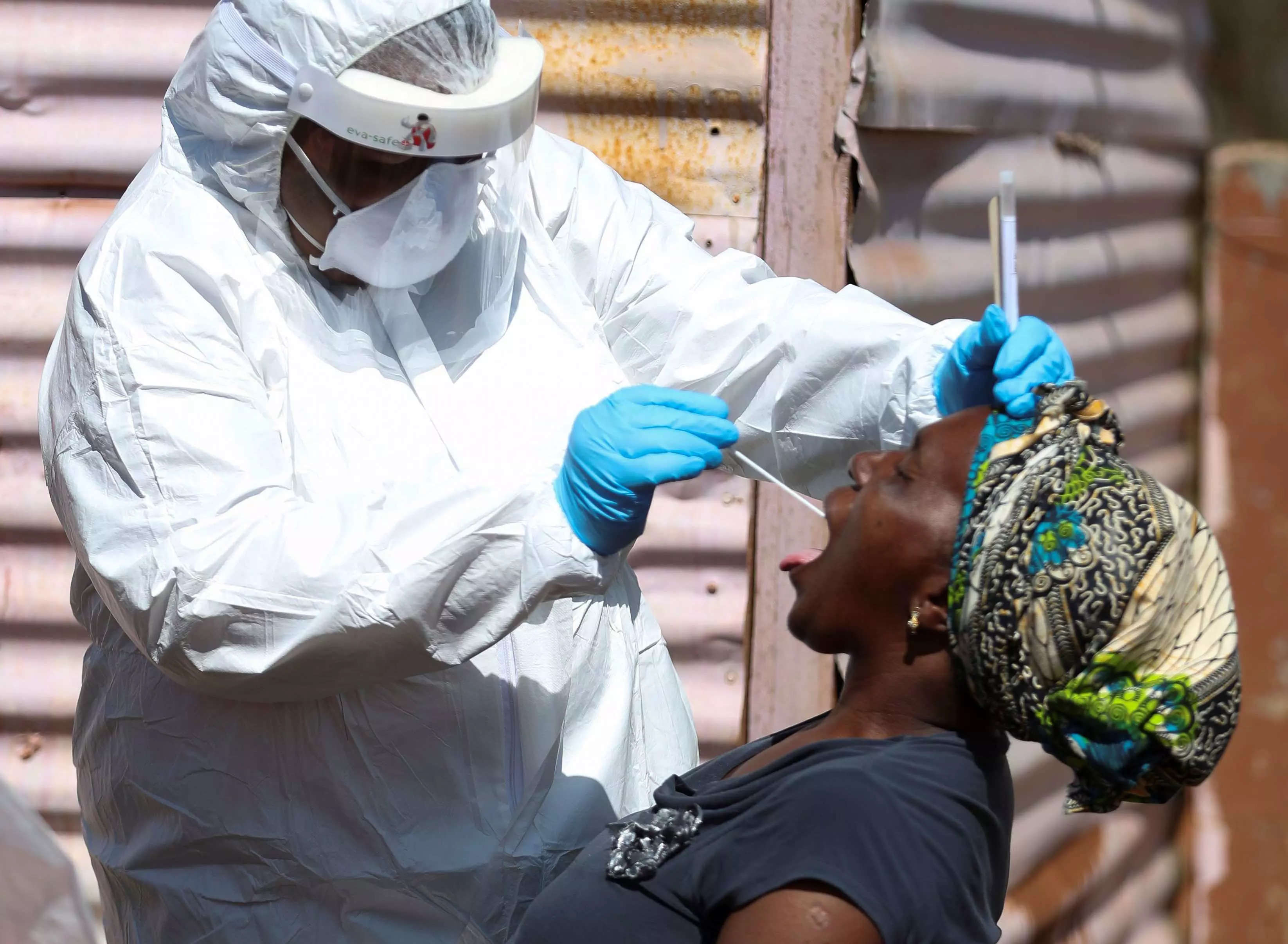 Johannesburg: South Africans heaved a sigh of relief as Health Minister Joe Phaahla announced that they will no longer be compelled to wear masks or have limitations on public gatherings as the government has lifted all remaining restrictions imposed more than two years due to the Covid-29 pandemic.

Proof of vaccination at all ports of entry will also no longer be required.

“Having monitored the positive direction for more than three weeks, we came to the conclusion that the peak infection, which we concluded was a limited 5th wave driven by sub-variants and not a new variant of concern, was dissipating and that there was no more any eminent risk,” Phaahla said on Wednesday.

The minister said he had signed the note in the Government Gazette releasing all the remaining health regulations after the National Coronavirus Command Council, which President Cyril Ramaphosa had constituted in March 2020, and the Cabinet approved his recommendation.

But Phaahla also urged that vaccination should continue.

“The Covid-19 virus is still in our midst. We are just stronger than before, especially with vaccination and we urge those not yet vaccinated to come forward and those due for boosters to also come forward,” he said.

The vaccination program will remain but will now be integrated into normal health services, Phaahla confirmed.

Conceding that although the government objective of vaccinating 70 per cent of the adult population had not been achieved, Phaahla said half of the entire population had received at least one jab.

He also said that the Omicron variant driving the fourth wave, with its rapid spread affecting the highest number of people in a very short time, led to increased natural immunity, which in turn led to “a very positive direction” with declines in daily cases, hospitalisation, the positivity rate, reproductive number and reported deaths.

Phaahla also confirmed that the first case of monkeypox in South Africa had been identified in a 30-year-old male from Johannesburg who has no travel history, which suggested that this could not be attributed to having been acquired outside South Africa.

“The National Health laboratory Services is conducting online in-service training for our health workers for them to be able to detect the disease so that the necessary laboratory tests can be done,” Phaahla said.

Monkeypox is usually a mild disease manifesting as blisters on the skin. It is usually mild and self-limiting with a fatality rate of 1 per cent.