From Bengaluru to Mayfair and now to Milan, the luxury brand is growing — with wholesale opportunities, e-commerce, and a new line of craft-infused cotton T-shirts

Varana, the sustainable luxury Indian fashion brand that’s garnering a cult following internationally, recently introduced e-commerce and debuted its collection to the wholesale trade in Italy. It is the next step — after the Bengaluru-based company opened a four-storey flagship store in London’s Mayfair in 2017 — in their goal to make a big impact abroad. Its pared down silhouettes, quality fabrics and handwork detailing have won favour with buyers, including the likes of celebrated boutiques Blu (Capri), Sam Tessabit (Como), and Popp & Kretschmer (Vienna). Antonio Arcucci, the owner of Blu, says he likes the brand “both for the quality of the garments and its clean, refined look”.

Varana had plans to show in New York, London, and Paris, now cancelled because of the pandemic. Still, “it was a good start because in Italy people know and understand fashion and high quality, and we were well received,” says Sujata Keshavan, Varana’s co-founder and creative director, via telephone. Saskia Terzani, who consults on business strategy (she was instrumental in taking the Victoria Beckham brand global) and oversaw the brand’s Milan debut at the chic fashion venue Hotel Diana, tells me that buyers flipped dresses from underneath to look at the stitch inside. “Their hands touched the fabric; it is old school, but in Italy there is a real appreciation for fabric,” she says. The brand is also set to meet with Harrods and Selfridges in London. Pre-Covid, Varana was carried at Chicago’s celebrated Ikram boutique, and at high-end hotels in Europe such as Gstaad Palace in Gstaad, Beau Rivage in Lausanne, and the Crillon in Paris. 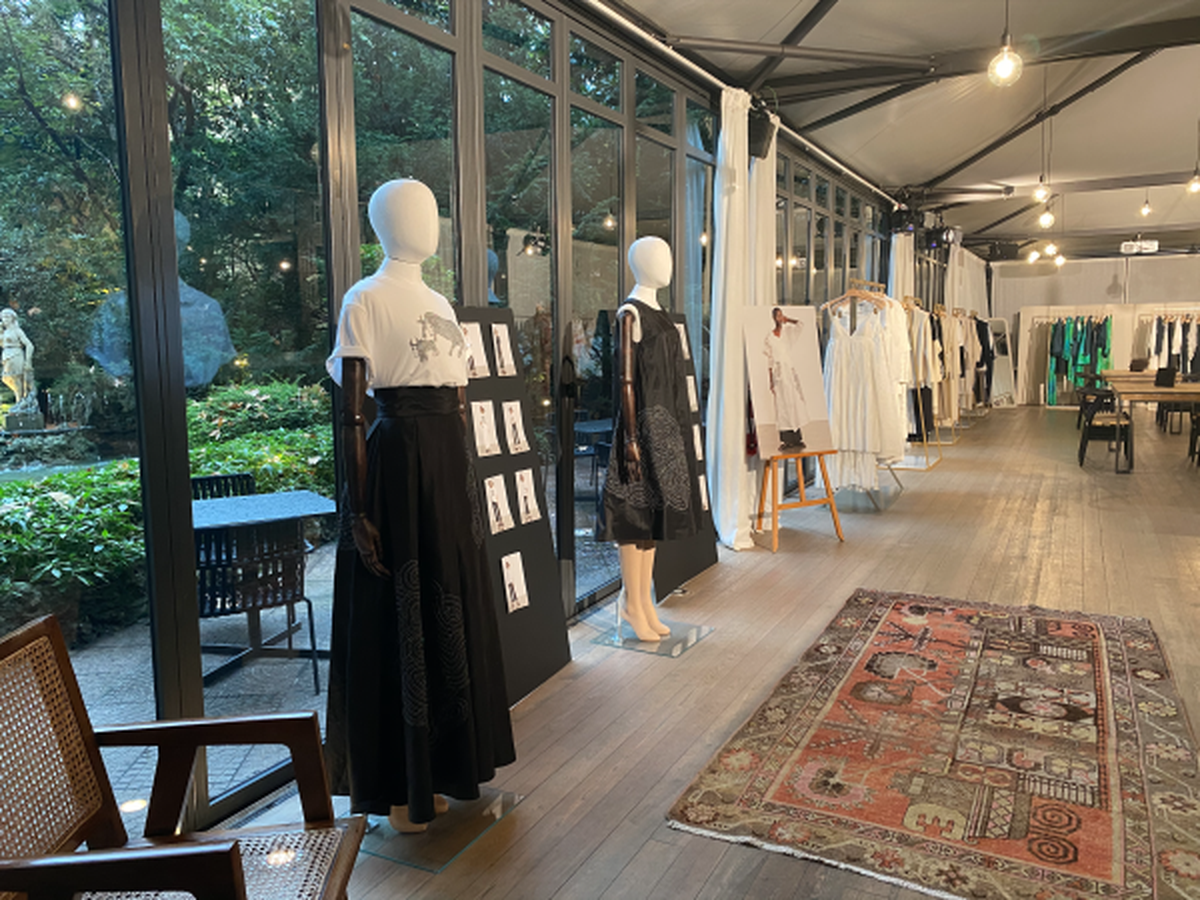 Much as pioneering Japanese designers such as Rei Kawakubo, Yohji Yamamoto and Issey Miyake did in the 1980s — bringing their clothes, and consequently their culture, to the attention of the West — Varana’s bold ambition is to showcase the finest Indian craft techniques in contemporary styles. “We don’t have many fashion brands in international markets because a lot of luxury Indian wear is traditional and focused on the local market,” says Keshavan. “India is not a famous destination for luxury although we do a lot of beautiful work for other western brands [think Versace, Gucci, Prada].” She and fellow co-founder Ravi Prasad set out to rectify that, marrying highly-skilled indigenous handwork with functional, refined designs. Keshavan describes this design philosophy as a ‘quiet joy’, confident in its simplicity yet imbued with fine details of the highest quality. Citing the example of Hermès, The Row and Brunello Cuccinelli for their prized tailoring and fabrics, the founding duo hope to propel Varana into that league. 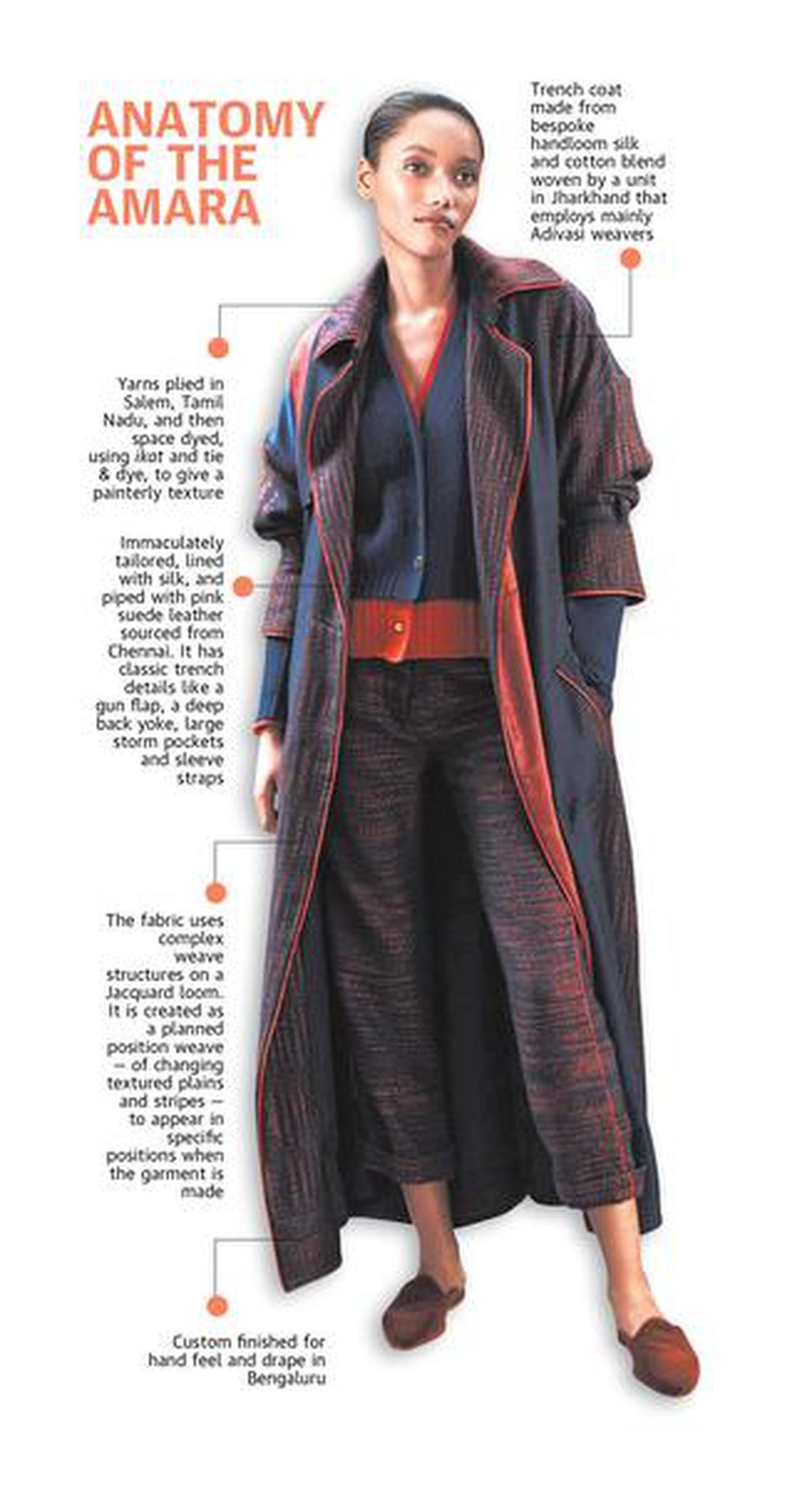 With silk shirts retailing for ₹40,000, cashmere trousers for ₹69,000, and a silk organza trench for ₹1,64,339, Varana’s price points reflect its high-end positioning. Prasad, who headed The Himalaya Drug Company for years, says, via Zoom, that Varana is “intentionally positioned at a price level that the quality commands. When we sold in Milan, I asked Saskia if any of the buyers asked about it and she said that, uniformly, they thought the prices were appropriate.” But, recognising that entry-level price points could help build business, Varana also recently launched a line of organic, craft-infused cotton T-shirts, priced at ₹11,908. For those not in London, the company absorbs shipping and duty costs from website sales to ensure pricing parity worldwide.

“The fabrics are absolutely beautiful and the designs are unique,” says Maribelle Beckmann, who chanced upon Varana when it opened in London. She has been shopping there ever since. Beckmann, a senior executive at Commerzbank, wrote over email that she “felt the product quality was extremely high and the fabrics were gorgeous to touch. Also, compared to the more well-known designer brands [Italian and French], the price point was extremely attractive and exceptional value”.

Today Varana has 75 employees, with two manufacturing units in Bengaluru, and works with eight to 10 craft clusters around India — including West Bengal, Madhya Pradesh, Gujarat, Rajasthan, Jharkhand, Karnataka, and Ladakh. But five years ago, it was a different scenario. 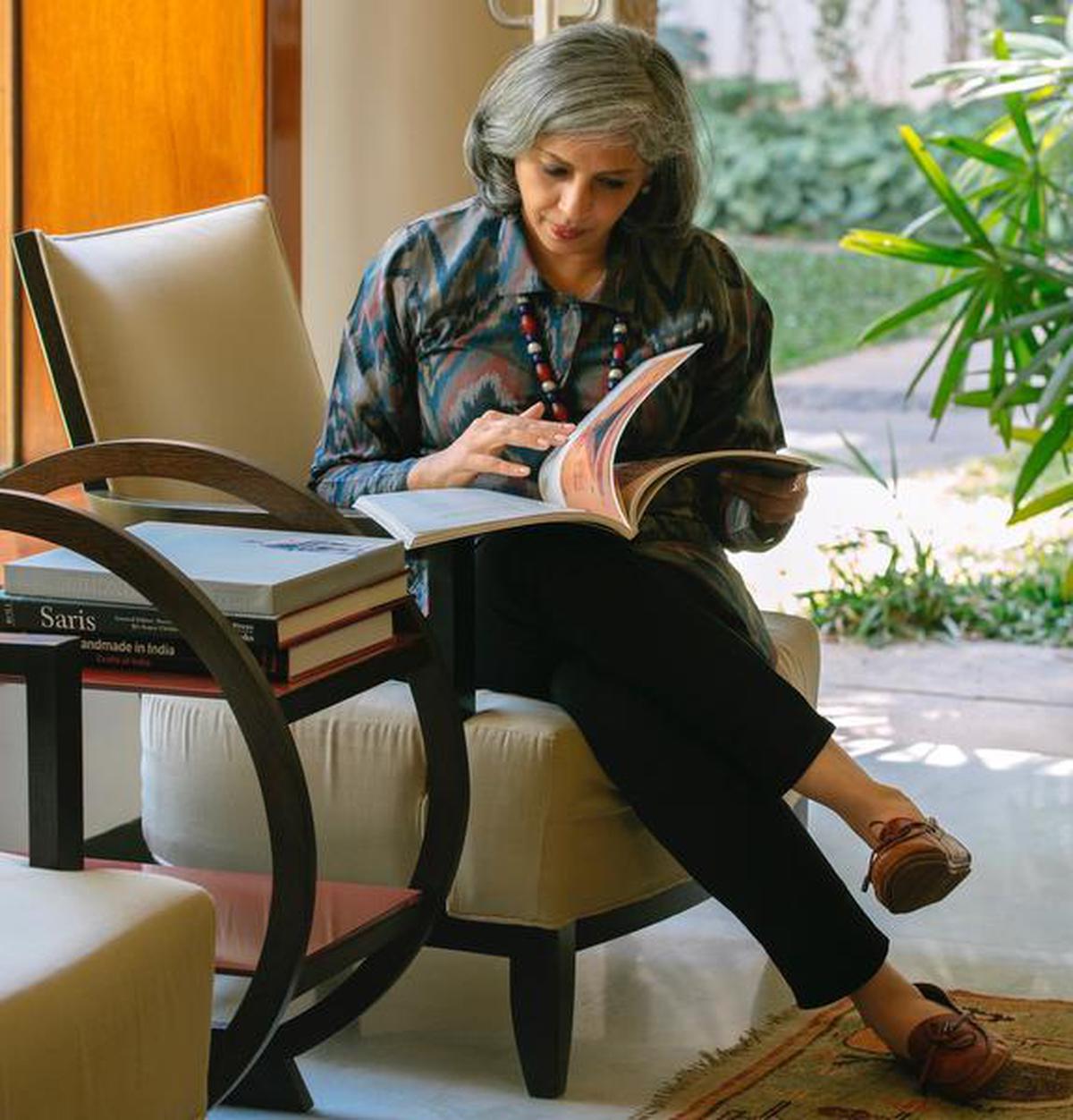 Keshavan and Prasad both come from a non-fashion background. “We had no clue as to how the business of fashion works,” says Prasad, with a laugh. They knew they had to find people with international expertise. They hired Stefano Arienti, an Italian with years of experience at Prada and Louis Vuitton, to set up the back-end operations in Bengaluru. Arienti’s attention to detail included adjusting the tension in each hand operated tailoring machine so that running stitches turned out accurately. It paid off. Prasad says that while Varana’s units take far longer to produce a garment compared to other manufacturers, their rejection rate is only 0.1%.

As far as plans for India go, the company would love to retail here but says the current offering needs to be tweaked for local customers. For a start, the weather conditions are different to those of the West. Plus, Indian consumers want visible value for money, and it remains to be seen if Varana’s lack of embellishments on simple silhouettes at a high price point find enough followers here. The company may do a few trunk shows to test the market before taking the plunge.